City of Sedona building permits issued for single family homes is bell weather indicator for the overall health of the real estate market in the Verde Valley, especially for the lot/land segment of the market. As inventory of single family homes continues to shrink we can expect to see an increase in buyers turning to building their own home to get a home that will meet their needs and expectations. As of this writing there are 319 single family homes on the market and of those 64 are under contract. Of the 255 homes not under contract, 60 are priced over $1,000,000, leaving 195 below $1,000,000 and 119 below $500,000.

In the meantime land sales are starting to pick up. For the first 8 months of 2011 there were 60 closed land sales in the Sedona area, for the same time period in 2012 there are 83 sales. That is a 38% increase in the number of sales year to date 2012. 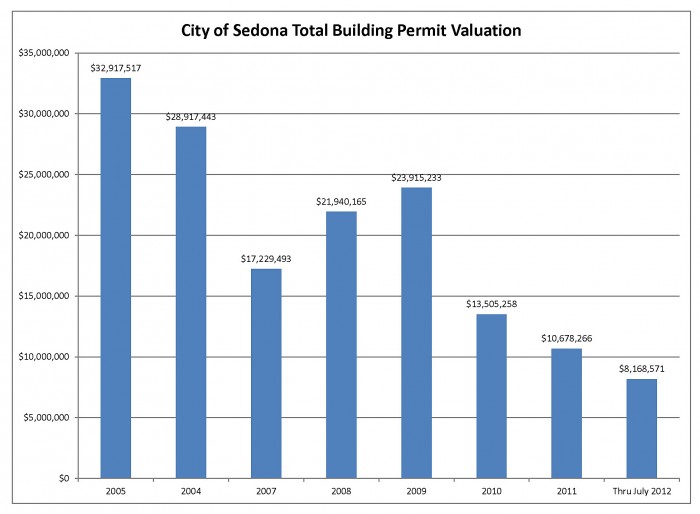 With the continued decline in Single family inventory I think we can expect to see the number of building permits issued for single family homes increase for the rest of 2012 and 2013. This will be good news for sellers of land in the Sedona area. Click here to see all the Sedona Land For Sale that is currently on the market.