Sales in the Sedona West Subdivision were the lowest in numbers in over 10 years with only 8 Single family transactions in 2012 . This is primarily due to the continuing reduction in the amount of inventory as outlined in my Sedona and Verde Valley Real 2012 wrap up. Two of the homes that were sold were foreclosed homes and a third was a home bought at a foreclosure auction, fixed up and sold. 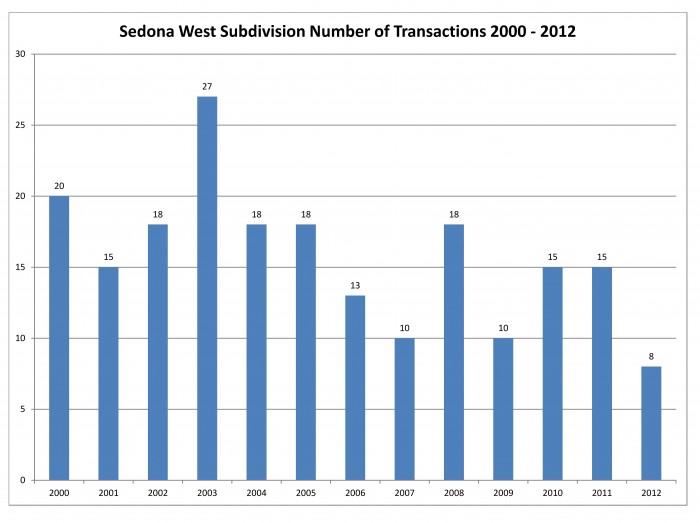 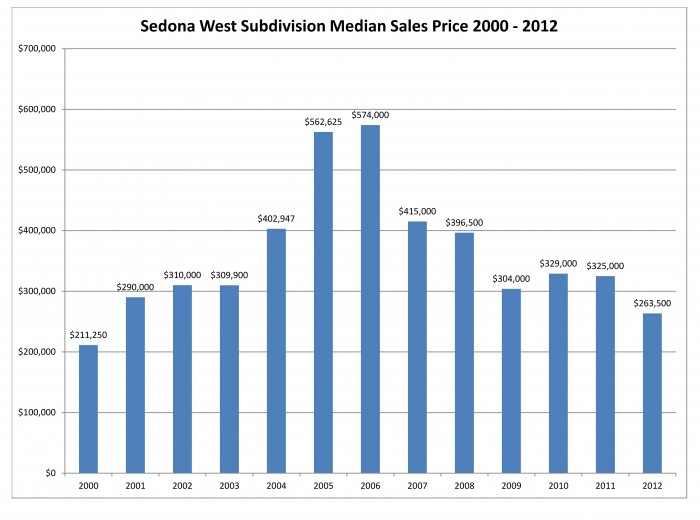 Currently there are five homes on the market in the Sedona West Subdivision and two of those are under contract. The two homes that are under contract are both for sale at over $479,900. There has been one closed sale so far in 2013 and that was a brand new home located at 305 Mogollon that sold for $555,000. There are currently 3 lots listed for sale in Sedona West and one of those, the lot at 475 Mountain Shadows is under contract. There was only one lot sale in Sedona West in 2012 and that was a double lot that sold for $64,900 at 85 Zane Grey. That lot was significantly impacted by power lines and a large arroyo.

Bottom Line: I expect to see a strong upward pressure for prices in the Sedona area for 2013. Inventory is lower than it was at the peak of the market in 2006. Interest rates will stay low helping to allow buyers to keep their payments down. Inventory will stay low, until we see higher prices, which will help push prices higher. There will be strong demand for homes up into the $500,000 price range. All of these factorswill be good for the Sedona West Subdivision in 2013. Click here to see the current Active Listings in the Sedona West Subdivision