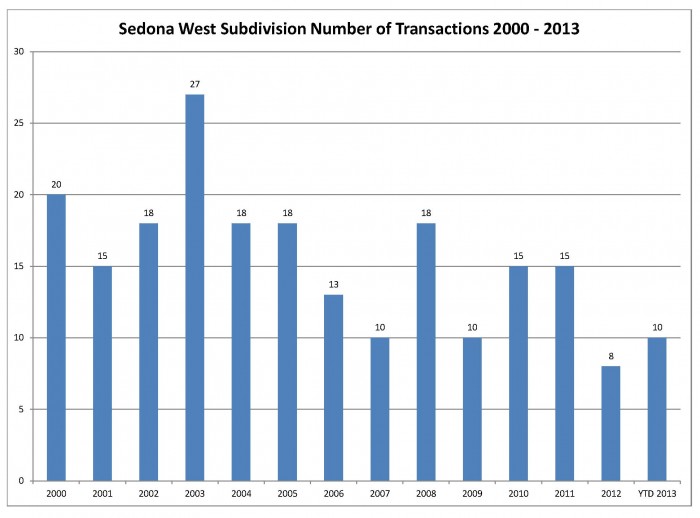 Bottom Line: Prices are on the rise in Sedona  and Sedona West. There is steady demand from buyers coming from the upper Midwest and California and interest rate are still under 5%. I expect there to continue to be upward pressure in pricing but have to wonder if it can keep up the pace that we have seen in the last 12 months.