2013 A Strong Year For The Sedona West Subdivision

2013 A Strong Year
For The Sedona West Subdivision 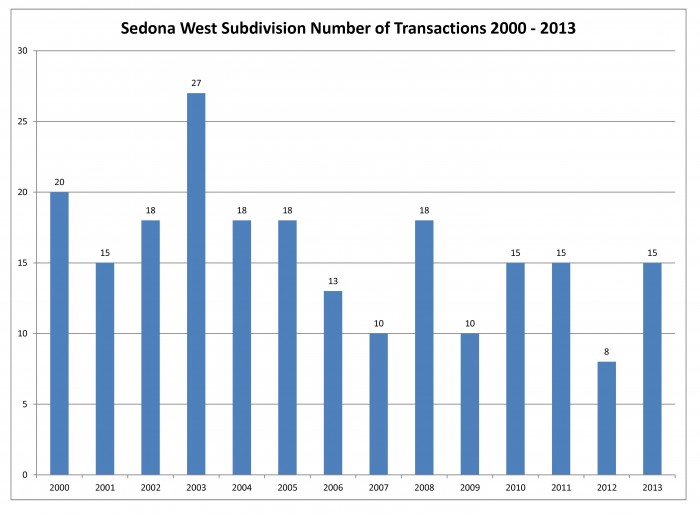 As of this writing there are eight active residential listings in the Sedona West Subdivision ranging in price from $232,500 to $477,500. Three of those listings are under contract.

For 2014 it will be all about inventory! In 2011 and 12, the big question was when home prices would hit bottom. With the median sales price of a single family home in the Sedona area rising 13% in 2013 and with the inventory of homes available for sale lower than they have been in the last 7 years, especially in sales prices below $500,000, we have to ask when are we going to see inventory rise and what impact this low inventory is going to have on prices for 2014. The supply of residential inventory has fallen 49% in the Sedona area since September of 2008 and resulted in multiple offers and increasing prices. 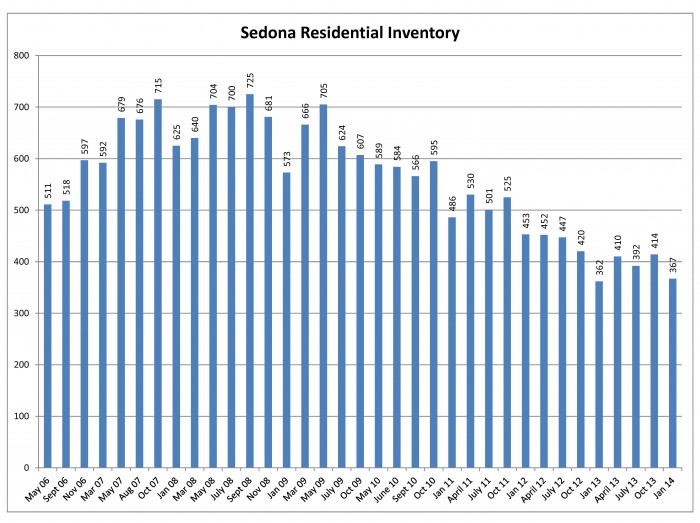 With the reduction in inventory over the last 6 years we finally saw prices bottom out in 2011 and 2012 and have had  a strong recovery in 2013. The median sales price in the Sedona area of a single family home rose 13%.

While the numbers of transactions has remained steady over the last four years, in addition to the decrease in inventory another driving force in increased prices has been the dramatic decrease in the number of foreclosures impacting the market and this trend is going to continue. The number of homeowners that are behind on the mortgages continues to decline as evidenced by the continued decrease in the Notice of Trustees sales recorded. Since their peak in 2009 the number of Notice of Trustees filings in Yavapai County has decreased 72% to 1167 filings in 2013, below the number in 2007 and approaching numbers for a more normal real estate market. This bodes well for a continued reduction in the number of foreclosed properties impacting the market in 2014

The Bottom Line: Prices will increase in 2014 but not at the pace of 2013, although lower priced segments of the Sedona market will remain strong due to lack of inventory. Interest rates will rise slightly but getting a loan will be a little pricier and dicier due to the new Dodd/Frank rules coming into effect regarding debt to income ratios and “qualified loans”. Job growth will remain steady, adding to the number of buyers coming into the market along with increased household formation. And this will be the year that home builders “really” get back into the market and add stiffer competition to existing home sellers.

So the good news is rising home prices should motivate would-be sellers to put their homes on the market and also stimulate new construction, both of which will expand inventory, boost sales, and give house hunters more to choose from.

Overall it will be a more back to normal year for the real estate market in 2014 and another solid year for home sellers in the Sedona West Subdivision.