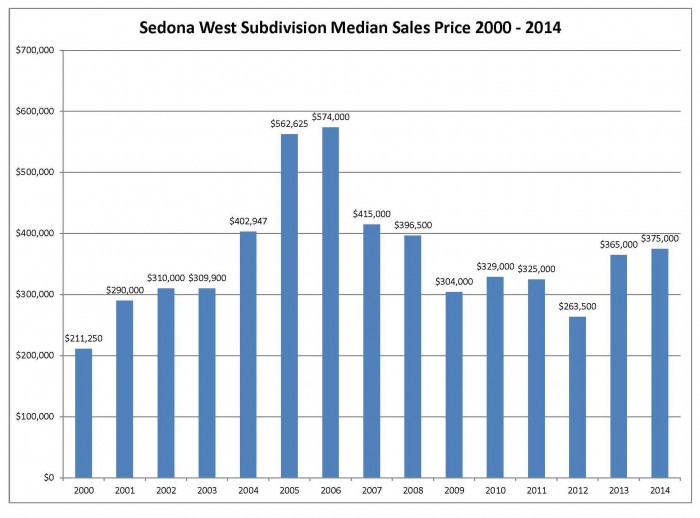 The number of transactions for 2014 was down slightly from 2013 to 14 in 2014, which is steady just like the rest of the Sedona market. Prices ranged from $216,000 for 104 Mountain Shadows on the low end to $445,000 for 445 Last Wagon on the high end. One of the homes was a foreclosed home and one of the homes was a short sale. Distressed homes had a smaller impact on the market in 2014 and will this will continue as the number of Notices of Trustees sales fall into normal market ranges.  As of this writing there are seven homes in the Sedona West subdivision for sale ranging in prices from $360,000 to $606,000. 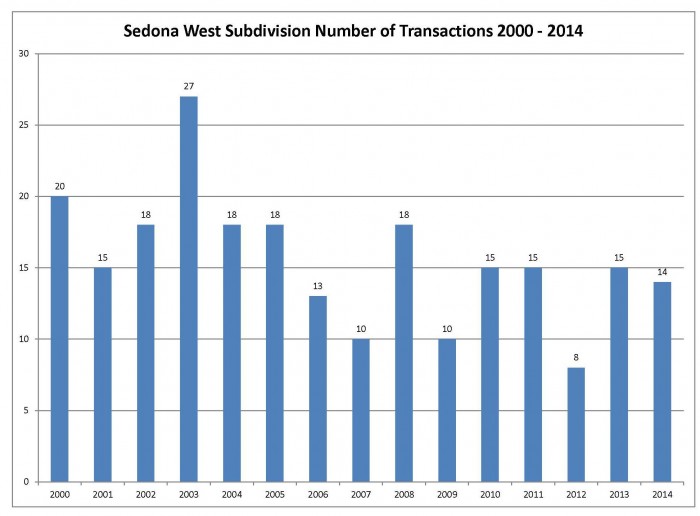 Bottom Line: The Sedona West Subdivision will continue to be one of the most sought after locations in West Sedona with its central location close to shopping, restaurants and entertainment. Prices should increase in 2015 but like 2014 we will see a continued slowing of the appreciation rate due to most of the rebound in pricing from recession lows having already occurred, an increase in interest rates, and overall decrease in home affordability. Inventory will remain at similar levels but we could see an increase in inventory as those sellers waiting for prices to increase will think the time is right to put their homes on the market. Overall 2015 should be a good year for Sellers and buyers of homes in the Sedona West Subdivision.