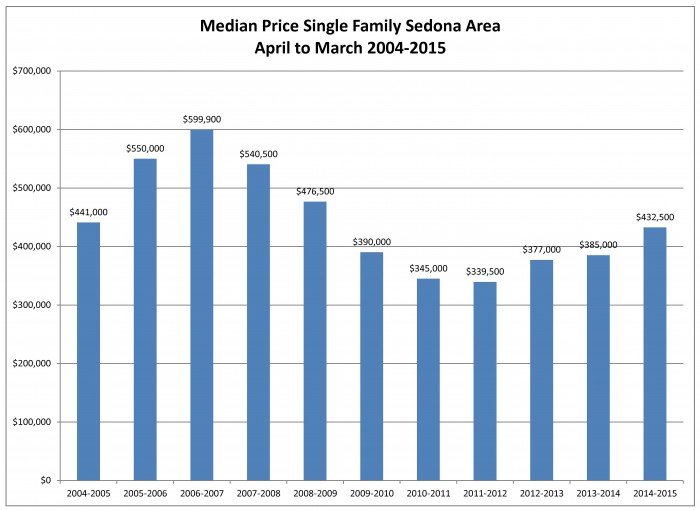 Under most circumstances an increase in prices would go hand in hand with an increase in demand and a decrease in inventory. But not so in Sedona and the Verde Valley. For the Sedona area over the last 5 years the number of sales for single family homes has virtually remained static at right around 400 sales per year. While we have seen a decrease in the amount of inventory since the dark years of 08 and 09 inventory has remained steady over the last three years with around 360 units in January of those years and increasing in the spring and early summer. 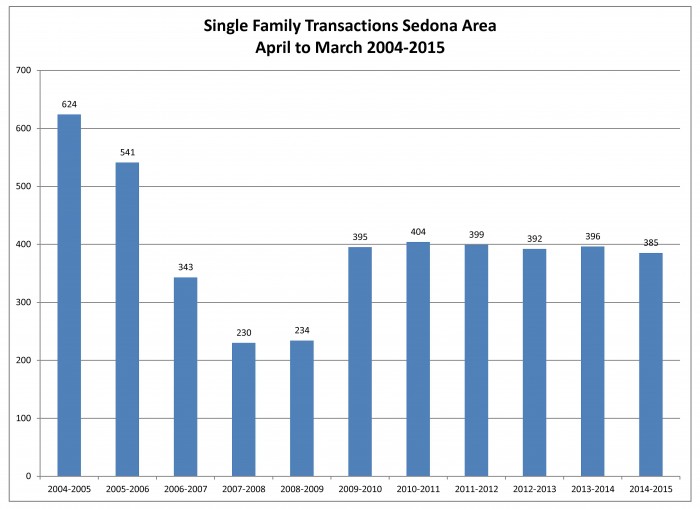 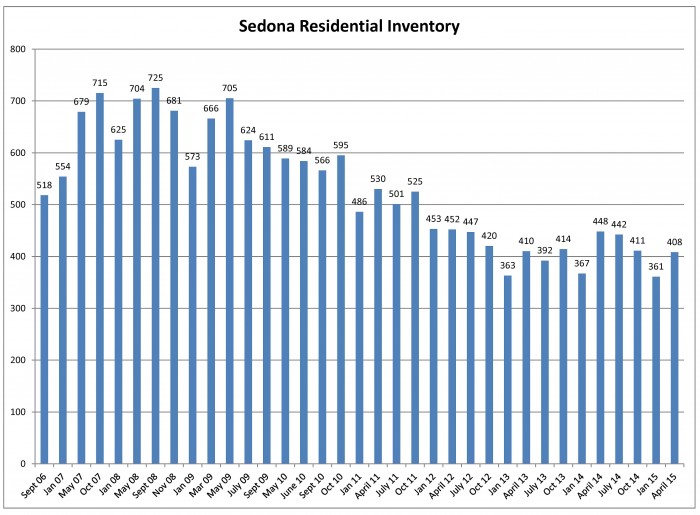 It will be interesting to see if sales can recover for the rest of the year like they have done in the last several years or if we end up fewer sales for the entire year. Sales for the first quarter of the year in Rimrock-Lake Montezuma were off 50% from 2014 with only 11 sales. The only area in the Verde Valley to see in increase in first quarter sales was the Cottonwood – Cornville areas which saw a 30% increase in the number of sales to 121 up from 93 in 2014. We will see if this trend continues to provide a substantial increase in sales for 2015.

A couple of other items to keep an eye on. The cumulative days on market increased 30% year over year from 115 to 150 days. If this trend continues this along with increasing inventory it could have a dampening effect on the price increases we have seen over the last several years. Just to note in the Sedona area since the bottom of the market in 2011-12 the median sales price has increase a total of 27%, not too shabby.

As a side note, foreclosures and short sales continue to have a lessening impact on the market as we see the increase in prices. Foreclosures initiated continue to decline to normal market numbers, resulting in smaller numbers of foreclosure sales. In January of 2015 there were only two closings of distressed sales in the entire Verde Valley

Cumulative days on the market saw a 30% increase in the last 12 month period jumping to 150 days. As prices increase and sellers see those increases they are trending at higher asking prices which have been meeting with resistance from the buyers in the market.

The Bottom Line: Prices are continuing to increase in all areas of the Verde Valley with the largest increases in the Cottonwood/Cornville and Camp Verde markets, with Sedona not too far behind. Year over year numbers of transaction have remained steady for the last 5 years but sales in the first quarter were the lowest in 5 or 6 years and will have some catching up to do in the next couple of quarters to keep sales on track. Vacant land sales are still very soft with some recovery in the Cottonwood market but just down right anemic in Camp Verde and Rimrock. Interest rates still remain low and are necessary to keep the residential market steady; we should not see a lot of increase for the rest of 2015. Inventory took its seasonal rise but we will need to see more sales for prices to continue to rise. It appears to be more of the same for the rest of 2015.